Responsible investing on the rise

For many people, there’s much more to choosing investments than focusing exclusively on financial returns. Returns are important, but a growing number of people also want to be assured that their investments align with their values.

Everyone’s values are different but given the choice most people would wish to make a positive difference to their community and/or the planet. Or at least to do no harm.

Indeed, four out of five Australians believe environmental issues are important when it comes to their investment decisions.

As a result, there has been a surge in what is called responsible investing. Also known as ethical or sustainable investing, responsible investing is pretty much what it says on the label. That is, investments that support and benefit the environment and society more broadly, rather than those whose products or way of conducting business have a negative impact on the world.

The trend toward responsible investment has grown rapidly in recent times. According to the Responsible Investment Association of Australasia (RIAA), Australians invested $1.2 trillion in responsible assets in 2020, and we’re not alone. The global figure was $47.8 trillion in 2020.

The trend has accelerated in recent years, with money flowing into Australian sustainable investment funds up an estimated 66 per cent in the year to June 2021.

Responsible investing is particularly popular among millennials, now in their late 20s and 30s and beginning to get serious about building wealth. Many in this group are getting a foot on the investment ladder via exchange-traded funds (ETFs). A recent survey of the Australian ETF market found 28 per cent of younger investors had requested more ethical investments.

As awareness of responsible investing grows, so does the availability of sustainable investment options, beginning with your super fund.

Most large super funds these days offer a sustainable option on their investment menu. While relatively rare even 10 years ago, the availability and performance of sustainable options has grown strongly over the past three to five years.

If you run your own self-managed super fund (SMSF) or wish to invest outside super, there is a growing number of managed funds that actively select sustainable investments, or ETFs that passively track an index or sector.

There were 135 sustainable funds in Australia and New Zealand in 2021, so there is plenty of choice.

But how do you find the ethical investments that best suit your values?

There are several methods used with the most common being negative screening where you exclude investments in companies engaged in unwelcomed activities.

Positive screening is the opposite, where you actively seek out investments in companies making a positive contribution to the planet. Some examples might be companies involved in renewable energy, health care or education.

Another criterion is to look at companies that monitor their environmental, social and governance risks as part of their existence. This cuts across all industries and is more about the way the company conducts its business.

Environmentally they may monitor their carbon emissions or pursue clean technology; socially they may be active in ensuring a safe workplace; and on the governance front they may pursue board diversity or anti-corruption policies.

A survey by UBS found that four of the five top themes for responsible investing were related to climate with respondents citing such themes as renewable energy and efficiency, climate change mitigation and pollution prevention.

As the popularity of responsible investing grows, so do concerns about the practice of so-called greenwashing. This is where a company or fund overrepresents the extent to which its practices live up to their promises. The Australian Securities and Investments Commission (ASIC) recently announced a review into the use of greenwashing in Australia, prompted in part by the demand for such funds.

Another trend is impact investing in companies or organisations helping to finance solutions to some of society’s biggest challenges. This might include investments in areas such as affordable housing or sustainable agriculture.

At the end of the day, each method can be used separately or in a more holistic approach.

While some investors are driven by their values alone, many more want value for their money. The good news is that it’s possible to have it both ways.

The RIAA survey found super funds that engage in responsible investments outperformed their peers over one, three and five years. While the top performing ethical ETF turned in an impressive return of almost 37 per cent in the 12 months to March 2021.

Clearly responsible investing is a trend that is gaining momentum, with the financial performance of sustainable investments attracting a wider following.

If you would like to discuss your investment options and how they might fit within your overall portfolio, don’t hesitate to get in touch with our Wealth director, Ben.

HTA Wealth Pty Ltd is a Corporate Authorised Representative of Akambo Pty Ltd t/a Akambo Private Wealth ABN 16 123 078 900 AFSL 322056. Principal address: Level 14, 379 Collins Street Melbourne VIC 3000. Akambo Pty Ltd t/a Akambo Private Wealth AFSL 322056 General Advice Warning: This advice may not be suitable to you because it contains general advice that has not been tailored to your personal circumstances. Please seek personal financial advice prior to acting on this information. Investment Performance: Past performance is not a reliable guide to future returns as future returns may differ from and be more or less volatile than past returns. 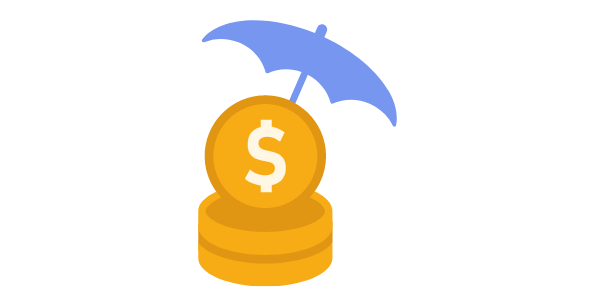